A virtual avalanche of articles has appeared in the medical literature recently discussing opioid analgesics for chronic pain. Almost without exception, the news and views are disparaging; in some cases reflecting a poor quality of evidence and, in others, conveying biases of the authors. Ongoing concerns about opioid misuse, abuse, and fatalities may be obscuring a problem of equal or greater importance — intentional self-harm, suicide, by drug overdose among persons with chronic pain. It may be time for a rational reassessment of this problem before it is too late.

Of some importance, there were more than 27,000 cases of attempted suicide by men using drugs that treat anxiety or insomnia. And, while overall numbers of suicide attempts are less in men than in women, suicide ranks as the 7th leading cause of death in males, nearly 4 times the rate of females.

As usual, the government made no attempt to assess how many of the persons attempting suicide were suffering unresolved chronic pain. The biased assumption is that the incidents were a result of substance abuse, as SAMHSA Administrator Pamela S. Hyde states: “While we have learned much about how to prevent suicide, it continues to be a leading cause of death among people who abuse alcohol and drugs. The misuse of prescription drugs is clearly helping to fuel the problem.”

Other reports have more clearly depicted a connection between chronic pain and suicide. Writing in a special supplement to the journal Pain Medicine, Martin D. Cheatle, PhD, observes that comorbid conditions that pose risks for suicide, especially depression, are prevalent in people living with chronic pain [Cheatle 2011]. The true numbers of failed attempts and successful suicides are unknown and may never be determined, he says; yet, “risk factors for suicidal ideation are so high in the chronic pain population that it must be assumed that some proportion of those who die of drug overdoses might have intended to end their lives, not just temporarily relieve their pain.”

Cheatle notes that many persons with pain experience hopelessness and isolation, and they endure many losses, including work and family roles. Some fear that their pain symptoms will be minimized or considered as evidence of any underlying mental disorder. One survey found that half of patients with chronic pain had serious thoughts of committing suicide, another found that roughly 1 in 5 had current passive suicide ideation, 13% had active thoughts, 5% had a plan for suicide, and 5% reported a prior suicide attempt. Drug overdose was the most commonly reported plan for committing suicide.

The recently released Institute of Medicine (IOM) report on “Pain in America” also paid special attention to the effects of chronic pain on suicide risks [IOM 2011, also see UPDATE here], as had earlier reports [Tang and Crane 2006]. Relative to controls, risk of death by suicide is at least doubled in patients with chronic pain. The lifetime prevalence of suicide attempts was between 5% and 14% in individuals with chronic pain, with the prevalence of suicidal ideation being approximately 20%. Suicidality is particularly problematic in persons with chronic severe headaches, and people with more than one type of chronic pain are almost 3 times more likely to attempt suicide. One study found that military veterans with severe pain were one-third more likely to die by suicide than those without pain or with only mild-to-moderate pain.

Eight risk factors for suicidality in chronic pain have been proposed [Tang and Crane 2006]. Four are pain-related: the type, intensity, and duration of pain, and sleep-onset insomnia co-occurring with pain. Four factors are psychological: helplessness and hopelessness about pain, the desire for escape from pain, pain catastrophizing and avoidance, and coping or problem-solving deficits.

The ugly truth may be that suicide is often an unintended consequence of undertreated or mistreated chronic pain in America, and opioids are only one of several involved drug classes. Cheatle recommends that healthcare providers should be alert to the presence of depression and the risk of suicide in patients with long-term, chronic pain. Routine screening for depression or other mental disturbance is advised. Mental status of the patient should be taken into account when prescribing large amounts of potentially lethal medications; opioids, certainly, but also non-opioid analgesics, benzodiazepines, and other psychotropic drugs. For patients determined to be at high and/or immediate risk of self-injury, referral to emergency psychiatric services is recommended.

Coffee protects against aggressive cancer of the prostate and breast reports Michael F. Roizen MD. Women who drank over 5 cups daily had 57% less risk for ER-negative breast cancer which is the most aggressive subtypes,  than women who drank less than one cup daily.  For men the report is that those drinking six cups or more daily had a 60% reduction in prostate cancer risk.  We are talking about caffeinated coffee in the women’s study but half the men were using decaffeinated coffee. So caffeine may not be ingredient protecting coffee drinkers from these cancers. Others studies show coffee lowers cholesterol.  For pain patients coffee contains a mild pain medication called caffeine which theoretically should augment stronger pain relievers

Painful Diabetic Neuropathy: This condition can cause mild numbness and tingling or severe pain. It occurs as a consequence of diabetes.  As an internist by training (Mayo Clinic-Rochester, Mn) and as a victim of diabetes, I understand this pain on a personal level which for me is a mild tingling. I have selected the accompanying illustration showing that diabetes can injure nerves causing this problem. Lyrica and gabapentin (neurontin) are often used for mild to moderate cases. Sometimes they fail and the skills of pain managers are required in cases of severe pain. Keeping control of your glucose levels and your A1c can prevent the worst forms of diabetic neuropathic pain. Compliance to the ADA diet helps.

Spinal Stenosis may be present in neck, mid-back, or low back. Defining what this means is simple. It is a compression of the spinal cord usually by a disc or spurs or both. When it is on the spinal cord, the accompanying picture illustrates the problem.

Yet another form of spinal

stenosis is in the neuroforamin the place where nerves come out of the spinal cord. If the disc or spurs impinge on the nerve from the spinal cord this is called neuro-foraminal stenosis.  The second illustration should give you an idea about what that situation looks like.

Treatment of spinal stenosis and neuroforaminal stenosis is often surgical intervention. Two types of surgeons work on these problems including orthopedists and neurosurgeons. Surgery does not always work to alleviate the pain associated with these conditions and many have “successful” discectomies, and fusion procedures but are left with chronic pain. However a significant number have near total remission of the pain, enough so, that as an internist I encourage consultations with surgeons to see what they have to offer my patients.

Lumbar Disc Disease: My practice focuses on pain management of a number pof chronic pain conditions including lumbar disc disease, postoperative back and pain following laminectomy, discectomy and fusion. Though I do treat other pain conditions including cancer pain and diabetic neuropathy, this article will focus on what happens to a patient when the surgery does not work.  Sometimes we call it “failed back syndrome.”  Sometimes there is no further surgical alternative to using more conservative methods of controlling the pain. This can include epidural injections, triggerpoint injections, physical therapy, and pharmacological interventions. In my practice I coordinate a multimodality approach to “managing” the pain. Notice I do not state we “cure” the pain, we manage it.  If we can reduce the pain 30-50% most pain doctors might agree that would be a successful intervention. Unfortunately to achieve the goal of lessening pain and improving activity levels, the use of opioids is often necessary. Thus the patient must be followed closely. In Oklahoma there is an epidemic of drug abuse and patients must be carefully screened prior to starting strong opioid medications both for the protection of the patient but also of the physician and general public. Therefore in my practice I ask the potential patient to complete a 10 page in-depth application so I can assess whether I can be of service or if other treatments might be more appropriate.

Chronic pain is more common in women than men.  Low-income adults report chronic pain more often than higher income groups. 1/3 of people reporting chronic pain say the pain is disabling, impeding participation in activities of daily living.  Low back pain account for the most common chronic pain at 27% followed by severe headachee at 15%, and neck pain at 15%, and facial pain at 4%.  In the USA pain accounts for $100 billlion loss in productivity (wages and earnings.) 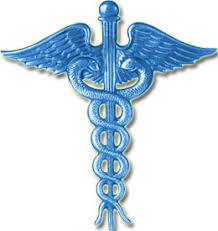 Welcome the Sidney Williams MD blog and website. We will try to incorporate the best features of both. Dr. Williams is a graduate of the Mayo Clinic Graduate School of Medicine in Rochester, Minnesota, the Oklahoma University School of Medicine, in Oklahoma City. He is a residency trained Mayo Clinic Fellow of Internal Medicine, practicing internal medicine with a focus on Pain Management in Stillwater, Oklahoma.